At a garbage dump about 80 miles west of London, Adrian Griffiths is testing an invention he’s confident will save the world’s oceans from choking in plastic waste. And earn him millions.

His machine, about the size of a tennis court, churns all sorts of petroleum-based products — cling wrap, polyester clothing, carpets, electronics — back into oil. It takes less than a second and the resulting fuel, called Plaxx, can be used to make plastic again or power ship engines. 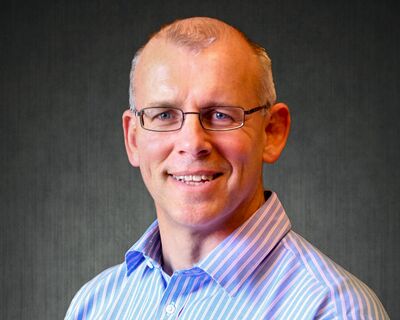 “We want to change the history of plastic in the world,” said Griffiths, the chief executive officer of Recycling Technologies in Swindon, a town in southwest England where 2.4 tons of plastic waste can get transformed in this way daily as part of a pilot project.

For financial backers including the U.K. government and more than 100 private investors, the technology could mark a breakthrough in how plastic is managed globally. The machine uses a feedstock recycling technique developed at Warwick University to process plastic waste without the need for sorting, a major hurdle that has prevented economically viable recycling on a grand scale.

Griffiths’ project is unique in that it doesn’t target a specific type of plastic, but rather seeks to find a solution for the so-called plastic soup inundating the world’s water bodies. By 2050, plastic will outweigh fish in the oceans, according to a study presented at this year’s World Economic Forum by the Ellen MacArthur Foundation. 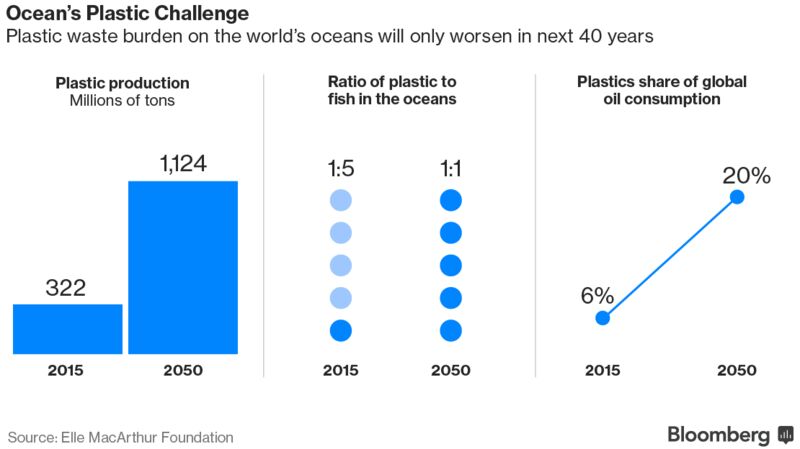 “It could be a real game changer,” said Patricia Vangheluwe, consumer & environmental affairs director at PlasticsEurope, a trade association representing more than 100 polymer producers, including BASF SE and Dow Chemical Co. “This is a great way of getting plastics that you would not be able to recycle with current technology, or do that in an economic way, back into the circular economy.”

At the moment, only about 10 percent of plastic gets reprocessed because it’s cheaper to pump new oil for petrochemical feedstock, especially after crude prices collapsed in recent years. The rest is incinerated, disposed in landfills, or dumped into oceans, releasing toxic chemicals that harm coral reefs and get swallowed by the marine life humans eat.

Many projects fail because they don’t offer a big enough margin to make them viable, according to Nick Cliffe, innovation lead in charge of resources efficiency at Innovate U.K., one of two government agencies that’s provided 2.6 million pounds ($3.4 million) of grants to Recycling Technologies.

“Recovering raw materials from the waste stream is the future,” said Cliffe, whose team also finances projects that recover platinum from old electronics and calcium from eggshells.

A former car assembly-line designer, Griffiths wants to mass produce his machine, called RT7000, and then lease them. It can fit into five shipping containers, a fraction of the size of standard recycling systems. The idea is for it to be transported to the site of the problem, like a beach in a developing country where garbage washes up regularly and local recycling is limited.

Factoring in a cost of 3 million pounds to install and 500,000 pounds annually to operate, Recycling Technologies expects revenue of 1.7 million pounds per year per machine, thereby recovering its initial investment in 2-1/2 years, he says. 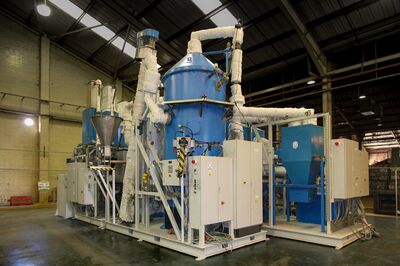 “That was always the objective, to make a machine that could pay for itself, because then people will make the investment decisions and it can scale very quickly,” said Griffiths, 48, who aims to have 100 RT7000s up and running by 2025. The county of Perthshire, Scotland will start using one in 2018 to turn 7,000 tons of plastic waste annually into 5,000 tons of Plaxx.

One recent afternoon at the Swindon plant, workers heaped plastic onto a conveyor belt via a tube. The materials move through a series of units that separate out stuff like rocks, dirt and caked-on food. Once that’s done, the plastic enters a furnace-like box and is heated at around 500 degrees Celsius (932 degrees Fahrenheit) using hot sand-like particles that melt it into vapor.

The technique is similar to thermal cracking, whereby crude is transformed into gasoline and jet fuel, only a different material is used in heating that Recycling Technologies is in the process of patenting, according to technical director Mike Keast, a former oil refinery designer.

“We have to create new technology so we can both live how we want and not destroy the planet,” he said, shouting to be heard over the screech of Coke and Sprite cans being pressed into cubes at an aluminum-can crusher next door.

The most important business stories of the day.

The vapor is cooled at different temperatures to create one of three materials, each emerging from separate taps at the bottom of the machine. Out of one, a straw-colored light fuel that can be sold to petrochemicals companies. A second pumps out a heavier substance reminiscent of candle wax, similar to what’s burned in ship engines. From the third, a thick brown wax that can be used to make shoe polish or cosmetics. 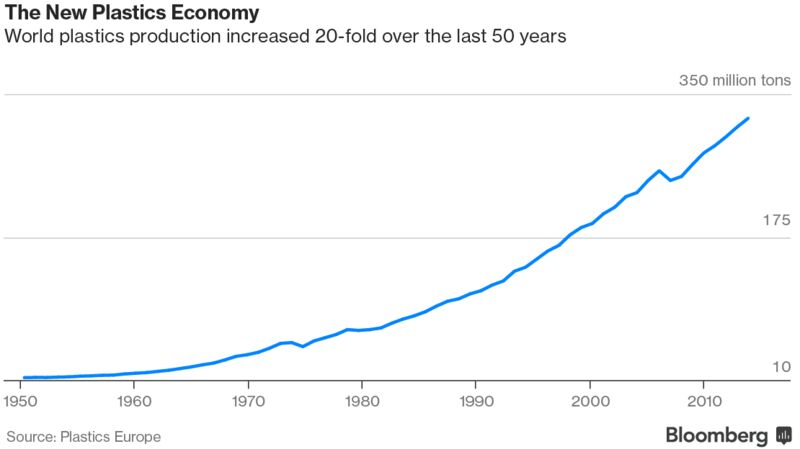 Griffiths says he’s in talks with about five petrochemical firms for supply agreements, although he wouldn’t give details. German chemical maker BASF, for one, expects feedstock recycling technologies will be “important supplement” to waste-treatment options, according to spokeswoman Christine Haupt.

While he and his staff of 22 are driven by a desire to protect the oceans, they concede that with plastic consumption set to double in the next 20 years, recycling must be profitable to make a difference. Griffiths’ next goal is to build a manufacturing facility.

“I’m not a tree hugger,” he said. “I don’t think that you can change environmental things without it actually making money.”

Mr. Ahmadshahi’s area of practice is Intellectual Property Laws including Patent Prosecution and Litigation, Trademarks, Copyrights, Unfair Business Practices, and Business Litigation. He is also an entrepreneur and an inventor.

Should We File a Provisional Patent Application Before Marketing a New Product?

Whether a Combination of a Generic Term with a Top-level Domain Name Like “.com,” Is [...]

Is Your AI Invention Patentable?

Michael was very helpful over the phone. He took the time to listen to my product and offered as much guidance as possible. I would definitely recommend Michael to anyone who is just starting and looking for some guidance”

Michael is an amazing lawyer. He completed my business’s Provisional Patent and Term and Conditions. Both the PP and T&C were professional and done in a timely manner. Michael has a personable personality ”

I have known Michael Ahmadshahi Since 2003 and he has done a couple of patents for me and other times I have retained him for just legal advice. He is simply the best at what he does. He is knowledgeable ”